The industrial development of Kanpur dates back to early 19th century when Sir John Burney Allens laid the foundation of a range of industries. These included Cawnpore Woollen Mills, Elgin Mills and North Tannery among others. All these companies functioned under the ambit of British India Corporation. 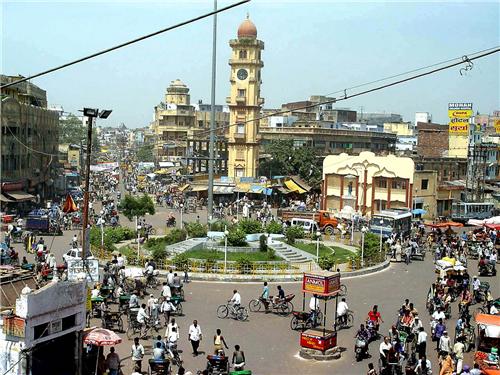 The city is believed to be founded by members of Chandela dynasty. Kanpur was known as Kanhiyapur during its earlier days and eventually came to be known as Kanpur. Though Kanpur is thought to be established in 1207 AD, yet it remained a small village till first half of 18th century.

It was in 1765 that the Nawab of Awadh, Shuja-ud-Daula was defeated by the British forces near Jajmau. It was then that British realized the strategic importance of this city and British businessmen arrived in hoards in Kanpur.

Eventually Kanpur was transferred to British control under the treaty of 1801 and became an important British garrison town.

Though eventually, the freedom movement was quelled, yet Kanpur etched its name in history and continues to occupy a place of prominence in history.

Click Here to Read More on History of Kanpur

Culturally too, Kanpur is an important city. Numerous fairs are held in Kanpur throughout the year which brings alive the cultural ethos of this city. One of the most important of these fairs is Ganga Mela which is usually celebrated five days after Holi. During this festival people throw colours at each other and head to the holy Ganges for a bath.

Cultural evenings are also organized during the fair and various music and dance events are held. Most of these events reflect the traditional Awadhi culture of the region and give an opportunity to the local artists to showcase their talent.

Kanpur city is surrounded by two main rivers. While the Ganges flow through northeast part of the city, Pandu River flows in south of the city. Kanpur is surrounded by Hamirpur in the south and Unnao in the north-east. The city is divided into six distinct zones namely North Kanpur, West Kanpur, East Kanpur, South Kanpur, Central Kanpur and Kanpur Rural.

Kanpur typically has humid subtropic climate and the temperatures go up to 48 degrees during summer months. Winters are typically harsh in the region and severe fog is experienced, especially during December and January.

Faunal Wealth of the Region

Many migratory birds head to Kanpur during winters. Most of these can be seen at Bithoor which is a historic site 23 Km from the city. Allen Forest Zoo is an important place for nature lovers in Kanpur. Located in a natural forest, it attracts nature lovers from all over the region.

For More Details on Geography of Kanpur Click Here

How to Reach Kanpur

By Rail
Kanpur is well connected to the rest of country by the rail route. Kanpur Central and Kanpur Anwarganj are the two main railway stations in the city and connect Kanpur with major cities throughout the region

By Air
Though Kanpur has an airport, yet the services are not frequent and the city is served only by Air India. A better option for those travelling by air is to take a flight to the capital city of Lucknow and undertake the 70 km journey from Lucknow to Kanpur by road.

By Road
The city is served by NH2, NH25, NH 86 and NH 91. The Jhakarkati bus station is the major road terminal in the city and is served well by Uttar Pradesh State Road Transport Corporation which operates bus services to various states and to important cities within Uttar Pradesh.