The prime function of local government or administration is to serve the community and provide basic amenities like water, electricity and jobs. Enforcement of law and order is another prime responsibility of administration in Kanpur and it has been working earnestly to accomplish this objective. 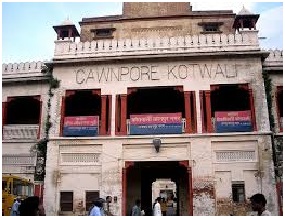 Kanpur Nagar Nigam which was a municipal board initially was upgraded to Municipal Corporation in 1959.

Kanpur Development Authority (KDA) has been constituted according to the provisions of U.P. Urban Development Act 1973.

Below are the two major functions of Kanpur Development Authority:


Current infrastructure development projects being undertaken by Kanpur Development Authority are as under:

Contact information of various administrative officers of Kanpur District is provided below:

Maintaining law and order within the city limits is a key function of the police force and Kanpur Police has been working earnestly to fulfill this endeavor. Kanpur is divided into various zones for policing. Important phone numbers of police officials responsible for providing security throughout the city of Kanpur are as follows: