Like other games in its league, badminton is a healthy way of being active. Kanpur as a city has ample sporting infrastructure and this includes its badminton clubs and coaching centres which offer training facility to those having interest in the game. All these coaching centres have professionally trained coaches who help budding badminton players learn the basics of the game. Some premier clubs in the city including Cawnpore Club have dedicated badminton courts and where you can learn the basics of the game under the watchful eyes of trained coaches. 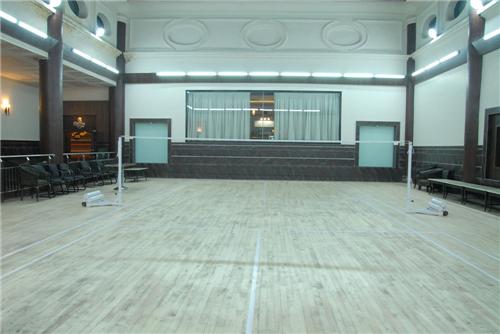 Cawnpore Club, a premium club in the city has ample sporting infrastructure. Among other sporting facilities, the club has dedicated badminton club where one can play a game of badminton. The court has ample lighting making it possible for badminton enthusiasts to practise during evening hours, in case they do not find time during day. The badminton club operates from 6:00 am to 8:00 pm in the evening and has trained coaches who offer valuable tips to the players to sharpen their gaming skills. However, one needs to take membership of the club to avail the sporting facilities.

A premium educational institution in Kanpur, the Indian Institute of Technology (IIT Kanpur) also has its own badminton club. Students, teachers and selected members of the club can avail the facilities of the club. Coaching facilities are also available at the club as the IIT Kanpur Badminton Club has trained coaches who offer training to those who have interest in the game. Various district and state level tournaments are also organized by the club which provides an opportunity to the badminton lovers of the region to interact together on a common platform.

Local players and badminton enthusiasts come over to the badminton hall to practice under the supervision of Manish Gupta, a regular badminton coach at the club. Coaching facilities can be availed during evening hours and players from all over the city come to the club premises on a daily basis. Kanpur District Badminton club has been organizing badminton competitions for budding badminton players every year.

The club has been helping professional badminton players in the city in true earnest. Last year, the club authorities were able to arrange for a sponsorship for Gauri Chaudhary, a state level badminton player in Uttar Pradesh. This has increased the credibility of the Kanpur District Badminton Club to a large extent and professional players in the city make it a point to use the facilities of the badminton club. Those interested in sharpening their gaming skills can get in touch with: