If you are planning to visit Kanpur in near future it is better to check the climatic conditions prevailing in particular months so that you are in a better position to finalize your work schedule. 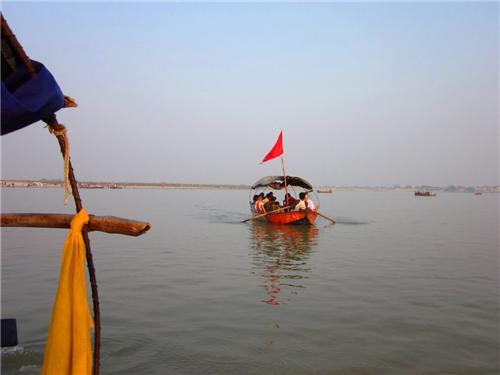 The city typically witnesses humid subtropical climate which makes it extremely hot during the summer months. The climate of Kanpur is different from other regions having humid subtropic climate in the sense that the city experience relatively longer summers. Dusty storms blow commonly before the beginning of monsoons which make it difficult to head outdoors.

Winters are severe in Kanpur and temperatures can drop close to freezing point. Dense fog is another problem in the winters which causes problems to those who head out to work early. Kanpur witnesses average rainfall in the range of 885 mm.

Winters typically begin in October and last till January in Kanpur. The onset of winters is accompanied by severe foggy conditions and rail, road and air traffic gets severely disturbed, especially during the months of December and January.

However, tourists consider winters to be the best time to visit Kanpur as they can move across the city throughout the day which is not possible during summer months considering the high temperatures which the city witnesses.

Like any other North Indian city, Kanpur too experiences hot and humid summers. Summers last from April to June. Severe dust storms and heat waves sweep the entire region during the summer months making it extremely difficult for anyone to head outdoors. Maximum temperatures can go up to 48 degrees during summers and the risk of one suffering from ailments related to humidity increases during this period.

Winds in the excess of 100 km/hour too blow at times in the region making it difficult for commuters to head for work safely. The left bank of the city has patches where cultivation of watermelon is done. An interesting fact to mention here is that owing to blowing of hot winds during the summer months, the yield of watermelon increases considerably.

Monsoon typically arrives in Kanpur in July and the rainy conditions prevail till September. The temperatures become moderate during this period and one can carry on with daily work schedule comfortably during this period. Severe hailstorms too have been witnessed in Kanpur twice once in 2002 and lately in 2009.

Kanpur typically is located on the higher bank of holy river Ganges, because of which it has never flooded.

Explore more about Geography of Kanpur