Cricket is considered to be a major sporting game. The game is controlled by Board of Control of Cricket in India (BCCI). The sporting event comes under the preview of Uttar Pradesh Cricket Association.

The management of cricketing events in Kanpur is done by Uttar Pradesh Cricket Association. The association besides guiding the players in various events is also responsible for the overall upkeep of the Green Park Stadium where international cricket matches are organized occasionally. Among the various initiatives of the Uttar Pradesh Cricket board is a prominent cricket academy where players with potential for cricketing talent are coached. The academy came into being on September 1, 2010 and has been instrumental in producing players of repute. The players who have undergone coaching in this academy have represented Uttar Pradesh in Ranji level matches and continue to bring laurels to the region as whole. 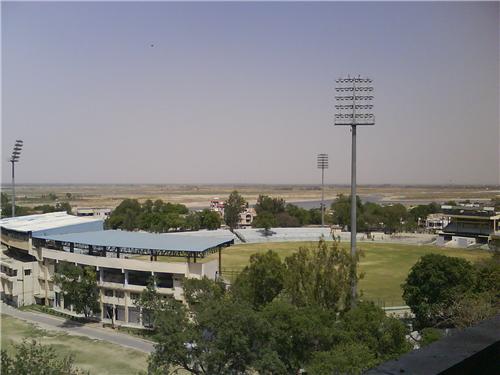 In Kanpur, the cricket academy has been operating at Kamla Club and has trained players from all age groups. Players ranging in age from 15, 17 and 19 are undergoing training in different batches in the academy.

Besides being home to legendary cricketer Suresh Raina who has been representing India in various cricketing events, Kanpur is also known for its various cricket clubs which have contributed immensely in growth of the sport in the region.

Some of the important cricket coaching centres in Kanpur include:

The cricket club located on Kalpi Road has been operational since 1932 and has a commendable cricket stadium. The stadium can accommodate up to 15000 people and has hosted various club level and Ranji matches. The club has trained cricket coaches and help potential players groom their talent while preparing them for their state and national debut.

Hindustan Cricket Club is another important cricket club of Kanpur. The club has played a vital part in bringing out the cricketing talent of Kanpur city. Besides helping organize cricketing events in the city, the club plays a vital role in coaching players from across the region.

The cricketing sports academy has been operational since 2001 and is promoted by the Uttar Pradesh Cricket Association. Various coaches of national and international repute including Kailash Gattani, Anand Shukla, Vinod Mathur and Shashikant Khandkar have been associated with the sports academy and have produced numerous talented players.

Dr. Gaur Hari Singhania Sports Academy has diverse cricketing facilities like physical training, bowling machine and turf wicket. The sports academy has provision for ample playing kits and the players are given thorough professional training, so as to bring out the best from them.

In all cricket coaching centres as in Dr. Gaur Hari Singhania Sports Academy, the duration of a cricket camp is approximately two months. The number of participants is restricted from 20-25 in each of the camp, so as to provide ample learning opportunities to the budding players.