Kanpur as a city has immense industrial and historic significance. Today the city is listed as one of the major industrial centres of India. However, from a historian’s perspective too, the city has something of worth for those with keen interest in exploring its rich past.

Jajmau and Bithoor are the two suburbs of Kanpur which find reference in the early history of Kanpur. The relics of ancient forts at these two places perhaps add worth to this fact and make these places unique for an avid historian. 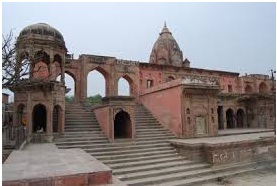 Situated at a distance of 23 km from Kanpur, Bithoor fort has immense historical significance. It was from Bithoor fort only that legendary freedom fighters Rani Laxmi Bai, Tantya Tope and Nana Sahib planned their strategy to tackle the British.

British forces too attacked the Bithoor Fort in retaliation to the attack by Indian freedom fighters. Today Bithoor fort might be in ruins but for an avid historian, the fort hold immense significance.

October to December is considered the best time to visit Bithoor as summer months are extremely hot in Kanpur and visiting the Bithoor fort in extreme heat can get a bit challenging. 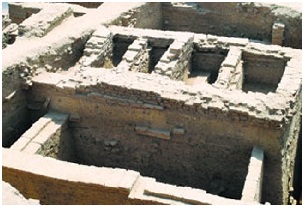 Only the relics of Jajmau fort which had immense historic significance in times of King Yayati exist today. Yet the place has such aesthetic attraction that people with interest in historic sites make it a point to visit the mounds of Jajmau, whenever in Kanpur.

In the ancient times, the place was known by the name of Siddhapuri and was ruled by the powerful King Yayati. The mounds of Jajmau as they exist today are the place where the once famous fort of Jajmau was in place.

Jajmau lies in close vicinity to NH 2 and NH 25. You can take a State Road Transport Corporation bus from Purani Chungi, Nay Chungi and Airforce Gate. Alternatively, autorickshaw can be hired from any point within Kanpur to reach the mounds of Jajmau.

If planning to visit the Jajmau Fort during summer months, you need to start early as it gets extremely hot during day hours. October to December are ideally the best months to plan a visit to the mounds of Jajmau where the historic fort of Jajmau once stood. 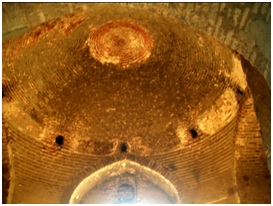 Located on the banks of river Senger, Chapar Ghata is an ancient fort located in Amraudha block of Bhognipur tehsil of Kanpur district. The fort constructed during the Mughal Era bears distinct marks of the elegance for which Mughal were well known throughout India.

Chapar Ghata is a small village located 65 Km from Kanpur and is located at junction of NH 2 A and NH 25. State Transport Corporation Buses can be hired from Kanpur Bus Terminal to Chapar Ghata to explore the ancient Mughal Fort. If travelling by train, Pukhrayan, 4 Km from town of Bhognipur is the nearest option.

If you decide to commute from Kanpur, starting early in the morning is better as you can head back in the evening. Alternatively, you can stay at block headquarter town of Bhognipur which has some good hotels.