How Kanpur Relates Itself With Sepoy Mutiny of 1857

Kanpur or the then Cawnpore, had witnessed one of happening events of 19th century in the form of Sepoy Mutiny. The first Indian rebellion against British rule for independence started with Sepoy Mutiny in 1857.
This rebellion began with 85 Indian soldiers facing court martial, post their refusal to load their guns with the new cartridges in 9th May, 1857. The rumour was that the new cartridges contains greased with cow and pig fat, which were considered to be against Hindu and Muslim religion.
By June 1857, almost the entire Indian subcontinent was got embroiled in the up-heal that was against the expansionist policy of English East India Company. 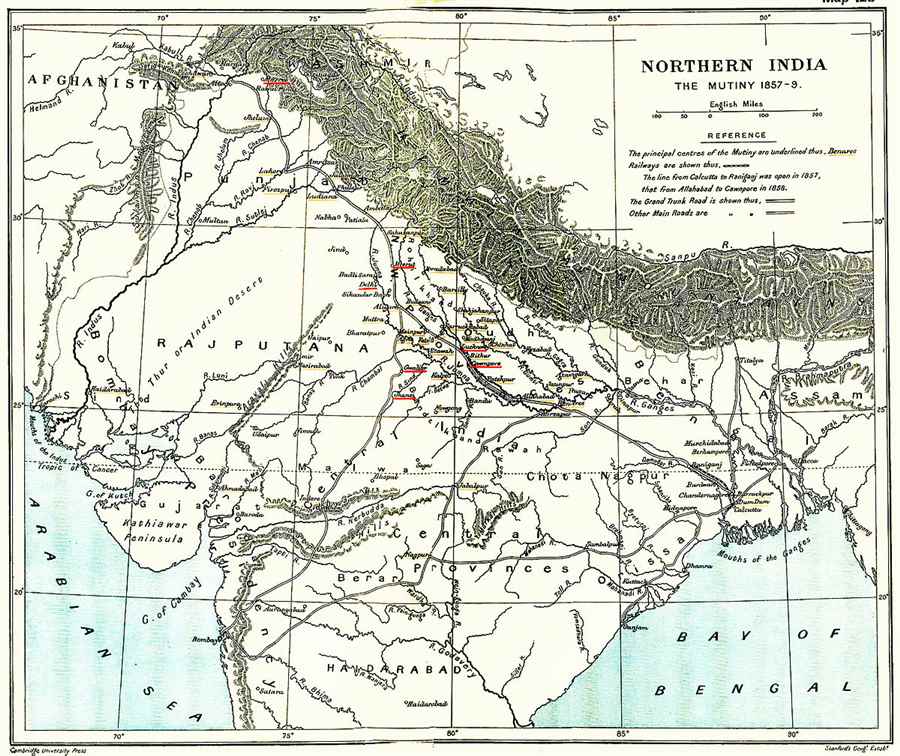 Kanpur which in those days was pronounced as Cawnpore was an important garrison of the British East India Company with four Indian regiments (1st, 53rd and 56th Native Infantry, and 2nd Bengal Cavalry) and Major General Hugh Wheeler at the helm. There were about 900 Britons residing inside the town, of which 300 were only soldiers.
There was a secured British artillery present, at the north of the town which was surrounded by high walls and was a store for arms and ammunitions along with royal treasure. Apart from this the Company built a military building at the south of the town, where 9 barracks were present. 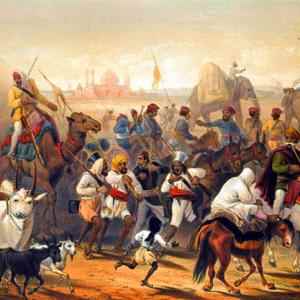 The great Maratha leader Nana Sahib was believed to have taken a major role in the massacres that took place in Cawnpore. Nana Sahib was believed to be a British loyalist, who maintained a cordial relationship with Major General Wheeler.
During this time Lord Dalhousie, the Governor General of East India Company implemented ‘Doctrine of Lapse’ on all the princely states of the Indian sub-continent. As per this doctrine only a biological male heir can have the right of ruling on any princely state.
Nana Sahib was evoked of all honours and pensions for being an adopted son of Baji Rao II, by the British administration.
This had led to a rift in his loyalty with the British rule. Nana with his 53rd Native Infantry declared their loyalty with the Mughal emperor, Bahadur Shah II.


The Siege of Cawnpore

The appalling policies designed by the Britons led to an increase in agitation among the Indian rebels. The mutineers by May 1857 had reached the neighbouring towns of Cawnpore like Meerut, Lucknow, Agra and Mathura.
The early signs of rebel in Cawnpore appeared in the military stations of Fatehgarh, when the two lieutenants under Major Wheeler, named Fletcher Hayes and Barbour were decapitated by the angry mob.
Amidst this turmoil Lieutenant Cox, a British officer fired one of the Indian guards and got acquitted by the Court. All these discrepancies led to an immense turmoil in this region and the once loyal battalions attacked the Britons with arms and ammunition.

The British population after being faced with terror took refuge inside a fortified entrenchment, which was later attacked by the troop led by Nana Sahib. He took control of the Grand Trunk Road treasury with an aim to restore the Maratha glory in this region.
The British garrison fought bravely but were short of ammunitions and head count due to the continuous bombardment by the cavalries under Nana Sahib.
On the 25th June of 1857, General Wheeler led British army finally surrendered, with Nana Sahib offering them help to leave Cawnpore and reach Allahabad.

27th June 1857, Cawnpore or Kanpur observed the Satichaura Ghat massacre whereby the rebel sepoys attacked almost 40 boats filled with British families. Major General Wheeler along with most of his men got killed by the fire which set ablaze the boats.
More than 200 British women and children were taken under captivity. This massacre was believed to be the brain child of Nana Sahib along with his able general Tatya Tope or Tantia Tope along with ten thousand of Indian rebels. The captives were then taken to the Savada House of Nana Sahib in Cawnpore.
Cawnpore came under Nana’s administration, who ordered these captives to be put into daily household works in Bibighar (The House of the Ladies).
Most of the prisoners died due to Cholera and Dysentery. With the Company sending fresh regiments under the command of General Henry Havelock and Colonel Neill to retake Cawnpore along with the surrounding regions, the mutineers felt threatened. 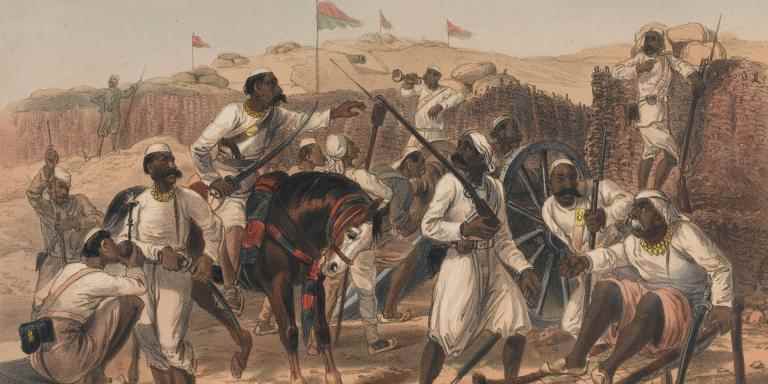 But the Indian origin rebels came to know about the inhumane torture done by the British generals to the native villagers and got ferocious. On the 15th of July 1857, the associates of Nana Sahib, Tatya Tope and Azimullah Khan took revenge by executing the British prisoners. The bodies were disposed off inside a dry well.

Post re-conquering this region, Cawnpore or Kanpur also became part of the horrid torture and punishment given by the British troop to the mutineers.
No mercy was shown towards women and children. Nana Sahib’s palace was set on fire. Tourists visiting Kanpur can view the remnants of the palace.

Post the rebellion of 1857, the British war cry came to be known as “Remember Cawnpore”. A memorial was built beside the well of Bibighar and All Souls Memorial Church was built to pay homage to the parting British souls.
The church is still present in Kanpur and is a place of interest for tourists. Post independence, the memorial of the Britons were demolished and the statuette of Tatya Tope was built on that spot.
Presently, Nana Rao Park covers the area of Bibighar in Kanpur. The city of Kanpur stands strong holding the pain of thousands of Indians and British nationals even today.


Explore more about History of Kanpur