The metro rail is rapidly gaining favour as the most preferred means of transport. In contrast to the depression in property value surrounding a highway, metro stations turn into hubs for commercial activities, boosting the property value of the surrounding land. It is a cheap and faster means to commute than any other alternative for travelling.

Kanpur is just one of the many cities in India, ready to undergo construction of a metro line. The city has been plagued with traffic jams, with its population of almost 3 million people. 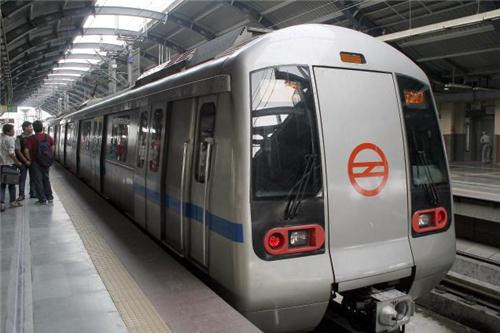 The demand for a committee to develop a metro rail in Kanpur was made back in 2008, by Union Coal Minister Sriprakash Jaiswal. Citing traffic congestion as a major problem along with a large population, the Kanpur MP stated that Kanpur was competent enough for a Metro rail.

The Delhi Metro Rail Commission chief, E Sreedharan offered full cooperation to the Uttar Pradesh government for assisting with the project details. A preliminary feasibility report would determine the initial estimated cost. Sreedharan explained that meticulous planning is required to come up with the Detailed Project Report, as the cost of construction of the metro rail is rather large, leaving no room for errors. Once the state and central government approve the project, a third party would have to be formed that would apply for loans from various institutions to fund the construction. Another suggestion to complete the construction is the Build-Operate-Transfer model where a private company is granted the land to raise funds and construct the metro rail project. The private company proceeds to operate the metro for a fixed period of about 30-40 years, following which, it hands it back to the government. 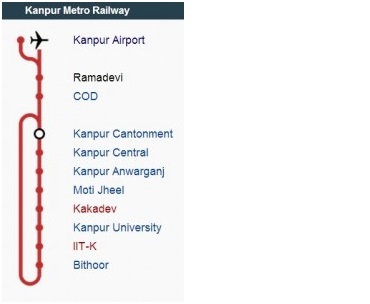 The Kanpur Development Authority has IIT Kanpur helping with the feasibility report. Professor Vasudevan, along with his team, has prepared the base for train route. The proposed plan is yet to be sanctioned by the state government, following which the authorities would file the detailed project report (DPR). A DPR takes about 6-9 months to prepare. Along with all the routes of the metro, the financial gain and its benefits in the city, the report would also include alternative routes and suggestions to the possible problems the project might face.

The initial map of Kanpur Metro rail has been laid out - the metro will cover around 28 stations, with 8 lines. The Kanpur Development Authority secretary, O.N Singh has estimated that the 27 kilometres stretch of the first line from Central to Bithoor would cost around 6500 crores. The metro will run from Bithoor to the Kanpur Airport in its first phase.

While the metro does seem like the transport of the future in the industrial city, it could solve a plethora of problems as well. The Anwarganj-Mandhana Rail route has been the subject of common complaint across the city, blamed to hold up traffic to allow for the trains to pass through, leading to a traffic jam that lasts for hours. Besides causing a general delay, traders have complained that people refuse to travel across the city to markets in Gomti, Jarib Chowki, 80 Feet Road, Rawatpur and Kalyanpur, for the fear of getting caught up in the inevitable jam. The suggestion of a flyover had not been welcomed by the traders either, as it would overshadow the market establishments.

Consequentially, business is slowed down, for only people that live nearby bother to come. Despite threatens to boycott elections, tracks had been electrified, indicating that the Railway Board had no intention of closing the tracks off. If the stations are closed off, they could be converted to Metro stations, with the track laid in a flyover manner, solving the problem of commute across the city and the traffic congestion for good.

While the Metro is explicitly the cheapest and the safest mode of transport, the indifferent attitude and the turtle pace at which it is being developed is frustrating. The Kanpur Development Authority has reprimanded the KMC for its callous approach to the preparation of a mobility report of the Metro with the help of the traffic department. While most cities in the world become eligible for a Metro rail when their population crosses 2 million, the planning begins when it reaches the million mark. However, Indian cities begin planning only when the population reaches over 3 million, and thus an unnecessary delay is caused, that could have been avoided with proper planning.

With the environmental friendly Metro, a promise to revolutionise the future of the public transport, project development and planning requires efficient work and a prompt approach.

The Kanpur Metro is expected to become operational in 2016.