MPs and MLAs from Kanpur 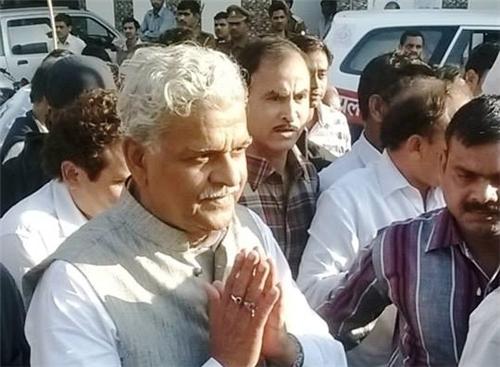 Kanpur is an important city in Uttar Pradesh. It used to be a small village until early 19th century, when the British realized the political significance of the city and converted the same into a garrison for its soldiers. Post Independence Kanpur has seen various leaders of all calibre.

The next two Lok Sabha elections saw the strengthening of Indian National Congress (Indira) as Arif Mohammad Khan and Naresh Chander Chaturvedi got a chance to represent the constituency in the Lok Sabha.

The ninth, tenth and 11th Lok Sabha saw the strengthening of Bharatiya Janata Party as Jagat Vir Singh Drona won three consecutive elections from this seat. Sriprakash Jaiswal of Indian National Congress has been representing this Lok Sabha constituency since 1999.

Process of Election of a State Government

India being a democratic country, the government is elected through elections which are generally held after duration of five years. The President of India at the central level and Governor of a state at the state level invites the party with the majority in the elections to form a government.

In certain cases, when neither of the party has the majority, the party with the highest number of seats is invited to form the government and a certain time frame is set for the party to prove its majority.
This procedure is followed throughout the country and the same is followed in the state of Uttar Pradesh. Presently Akhilesh Yadav of Smajwadi Party is the Chief Minister of Uttar Pradesh.

Among the 403 members of Uttar Pradesh Legislative Assembly, following MLAs are from Kanpur Nagar:

Kanpur is represented in the current Lok Sabha by Sriprakash Jaiswal.

Sriprakash Jaiswal has held several important positions throughout his political career. He was the mayor of Kanpur city from 1989-1992. During this period he also held the charge of Vice President of Uttar Pradesh Congress Committee. He has been the minister in Central Government since 2004.

Explore more about Administration in Kanpur