Parks and Gardens in Kanpur

Located on the banks of the eternal Ganga in Uttar Pradesh, Kanpur stands as one of the major North Indian industrial centres that has its own historical, religious and commercial significance. This city has many tourist attractions which draw thousands of tourists from different parts of the world. One of those would be the beautiful gardens and parks which range from normal gardens to zoological or other different theme gardens. The best time to visit them is from October to March. 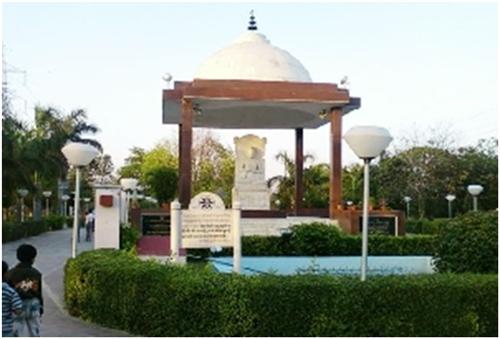 Buddha Park which is also known as Gautam Buddha Park, is one of the most popular parks of Kanpur city. The park has a beautiful statue of Buddha and was named after him. It is situated on the way to IIT campus in between the Bara Imambara and the Martyrs Memorial. The park is built in a traditional style and has an ethnic and cultural look. It has got a variety of vegetation around and that gives a soothing effect to eyes.

It’s the best place for relaxation and recreation for all age groups. Excellent rides are being provided here to children. There is a canal in the park which offers boating facilities. Nowadays the park also holds rallies and political meetings by different political parties.

Phool Bhag is one of the extremely beautiful parks located in the heart of Kanpur city on the Mall Road. It is also known as Ganesh Udyan for having Ganesh Shankar Vidyarthi Memorial in the center of the park. This memorial building also known as K.E.M. Hall runs an Orthopedic Rehabilitation Hospital since the end of the World War I.

The park which has a variety of rare plants and trees create a serene feeling to its visitors. The flower shows are being organized here every year. The park also houses a huge public library and a summer house. It’s one of the tourist attractions of Kanpur. Public meetings are also conducted here very often.

A water reservoir, Moti Jheel is located in Kanpur's Benajhabar area which with its adjoining gardens make Moti Jheel Park. This lake is being renovated and the adjacent areas have been made much more beautiful. The breeze that blows across the lake gives a wonderful and pleasant feeling to its visitors.

It is one of the most visited tourist spots of Kanpur and is located very near to Kanpur Medical College in Ashok Nagar. It has excellent play areas for children and beautiful places for recreation and relaxation. It is a well known picnic spot in the city now.

Nana Rao Park, the biggest park of Kanpur city was named after Nana Rao Peshwa who fought bravely in the first war of Independence in 1857. It is located in the heart of the city on the Mall Road to the west of Phool Bhag.

It has got a lot of historical importance due to Bibighar massacre that was witnessed in 1857. It commemorates the death of British women and children during the Indian Rebellion in a building existing on the same sight. Their bodies were dumped into a well in the same grounds. That was why this place was called a Memorial Well previously.

The park has a variety of flower beds. During spring when the flowers are in full bloom it gives a splendid look to the park. It also has many fountains that add to its beauty. The park has a plant nursery too.

It’s the biggest zoological park in Kanpur and one of its kinds in Uttar Pradesh. It was established in 1971 by Sir Allen, an erstwhile bureaucrat of the British Indian Civil Services. It is spread over an area of 48 acres and ranks among the country’s best. It is also known as Kanpur Zoo. It is located about two kilometers away from the heart of the city. It has got a variety of flora and fauna. The animals here are found in their natural surroundings. It’s an ideal place for picnics and attracts many tourists from all over the country. It remains opened throughout the week except on Mondays.

These gardens are situated in the Nawab Ganj area of Kanpur city. One could find a variety of botanical species getting cultivated here. The garden is beautifully planned and designed. It’s pleasant to watch the greenery over here and it attracts many visitors to this place. Some of the endangered varieties are also reared here with utmost care and they are monitored continuously. The common and scientific names of these plants have been displayed in the garden making it more convenient to the visitors.

This is one of the biggest parks in Kanpur situated in Aryanagar area which is a very busy place of the city. The ground here is dotted with trees and have spacious lawns preferred by both children and adults for matches and games. It’s a place for public mass gatherings such as exhibitions, fairs, camps and matches. The park is used by people for morning and evening walks. It’s a very busy spot on holidays and witness large gatherings.

Jungle Water Park is located in Gambhirpur Kachha on Bithoor Road. It is one of the amusement parks that are located in the city. It’s basically a water park where lot of water rides are available. People of all age groups visit this place for recreation and relaxation. 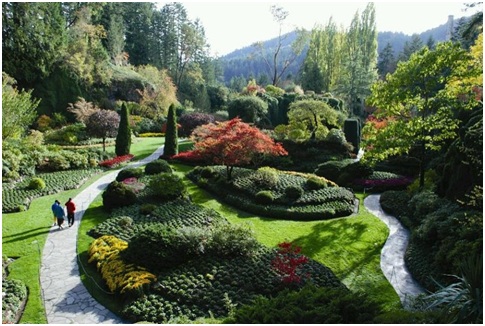 Ekta park is located near Pandu River. It’s an attractive tourist spot in Kanpur where people throng in to relax and have fun. It is a colorful park with a lot variety of vegetation in a vast area.

Mickey House is located in Kidwai Nagar of Kanpur city. It’s an amusement park especially meant for the fun and enjoyment of children. It provides a variety of rides that provide a lot of entertainment. There are restaurants and other amenities available in the park.