Policing is a key function of any district administration. Amongst many of the functions of the police force in any city or town, maintenance and upkeep of the prisons is a vital component. Like any other city in the country, the police department in Kanpur maintains the jails under its preview.

Kanpur district prison is one of the main jails in the city. It houses prisoners from all sections of the society. Some of the prisoners in the district jail are hardened criminals who have committed grave offences as murders. Others are undertaking the prison sentence for some minor crimes like property disputes or family conflicts. 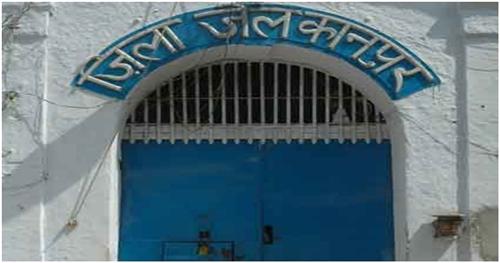 The prison authorities in Kanpur district jail have been conducting various kinds of orientation and training programmes for the inmates, so as to equip them with some skills which can help them lead a meaningful life, once they complete their jail sentence. The jail superintendent of Kanpur district jail S.H.M Rizvi has been quite vocal when it comes to enhancing the skill set of the prisoners. A dedicated literacy program has been running within the four walls of Kanpur district prison where the illiterate inmates are being taught to read and write.

Kanpur prison authorities have also tied up with Indira Gandhi National Open University (IGNOU) and have been offering professional courses to the prisoners who wish to carry on with their studies in the prison.

Kanpur is a major industrial city in Uttar Pradesh. The graph of crime in Kanpur is higher compared to other regions of Uttar Pradesh. This has led the police authorities in the state to undertake some unique measures so that no compromise on security scenario in the region takes place.

Keeping this aspect in mind, the Kanpur police has launched the facility of video conferencing in the city. All major cases relating to conviction of the prisoners are decided within the district jail premises and the need of taking the prisoners to the court is also minimized.

Kanpur district jail is the first prison in the state of Uttar Pradesh to launch the facility of video conferencing to decide cases on a fast track basis. The service was started by the prison authorities in 2011 on a trial basis and has become immensely successful over the years.

The prisoners have since been released and the gesture of the jail authorities was appreciated in true earnest by everyone involved in the process. Like any other district jail in the state, the Kanpur district jail authorities are trying their best to reform the prisoners and have been successful to a great extent in providing justice to the needy and have carried out the reform process with true earnest.

Police force is a vital department and maintenance of prison is one key area which comes under its preview. Kanpur district jail has been quite vocal in caring for the prisoners and has drawn appreciation from all quarters.

Explore more about Administration in Kanpur