Of the many things to do in Kanpur, which include shopping and sightseeing, perhaps visiting a temple may not be very high up on your agenda since Kanpur is not exactly known to be place of pilgrimage, however, Kanpur is still home to a large number of temples, many of which are concentrated in the Shivala area of Kanpur, that offer us beautiful architecture, serenity and quiet of mind even if one if just visiting the city which is always bustling. Some of these temples are extremely well known throughout the country while some are one-of-their-kind whilst others are known for their beauty. Kanpur is home to a number of gods and goddesses, from Kali to Shiva and even Ravana and hence has something on offer for every devotee. 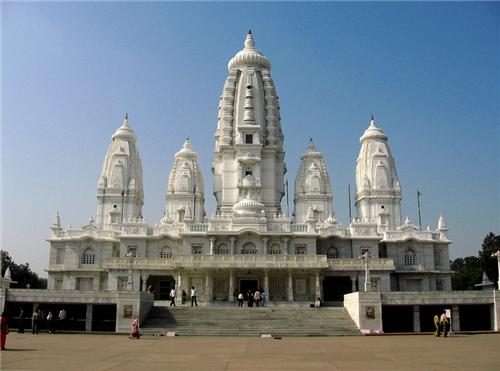 The Anandeshwar Temple in Kanpur is located at Parmat on the banks of the holy river Ganges. It is one of the oldest temples in the city and is estimated to be about 500 years old. This holy shrine is also popularly known as the ‘Kashi’ of Kanpur. The temple derives its name from an interesting legend which says that a cow by the name of Anandi would pour its milk in a specific area of the temple which got people intrigued.

On digging further in the area, they found a Shivling buried in the spot which led to the establishment of the temple. Since then the temple has been called Anandeshwar after the cow that helped find the buried Shivling. This temple is thronged to by Shiv devotees in the auspicious month of Shravan, especially on the first Monday, so much so that extra arrangements have to be made to accommodate the crowds and queues for ‘darshan’ stretch up to over a kilometre long. These devotees, many of whom are fasting, offer honey, food, fruits, flowers and milk to their Lord Shiva.

The literal meaning of Dwarkadhish is the ‘King of Dwarka’ and very rightly, this temple is also dedicated to Lord Krishna, the Hindu God – King of the Dwarka. Located near Kamla Tower, in the city of Kanpur, this temple sees throngs of devotees flocking to the temple especially in the auspicious month of Shravan. The Swing Festival or ‘Jhoola’ is celebrated here with great fanfare in the months of July-August.

The highlights of this festival are the draping of new clothes and ornaments on the idol of Lord Krishna, the placing of the Lords idol on a swing along with Radha who was one of his companions, the chanting of prayers and singing of songs dedicated to them, and the tasteful decoration of the temple with flowers. Mithai and Prasad are also distributed amongst devotees on a large scale. On a regular basis, this temple of is open for darshan daily from 7 in the morning to late evening. 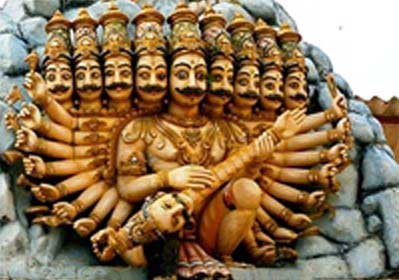 The Dashanan Temple was built in 1890, putting its age at 124 years. This temple is unique and one of its kind because this temple opens its gates only once a year on the day of Dussehra for its Ravan devotees. As unbelievable as it sounds, on the day of Dussehra, a few thousand people flock to this temple to worship Ravan who was believed to be a scholar and a great thinker of his times as well as a true follower of Lord Shiva which is the reason why this temple has been built adjacent to the Shiva Temple at Shivala.

The primarily Dravidian devotees of Ravan celebrate this day by bathing Lord Ravan’s idol in milk and holy water, decorating an effigy of Ravan with flowers and jewellery followed by a prayer service and an ‘aarti’. Lamps are lit around the temple by devotees who pray for prosperity and well-being followed by chants of “Kate Klesh, Jai Lankesh”, which means the name of ‘Lord’ Ravan will solve all problems, and other religious songs. At the end of the ceremony, the temple doors are shut only to be opened the following year on the day of Dussehra.

This temple as the name suggests is dedicated the Goddess Chandrika, more popularly known as Durga. Located in the heart of the city of Kanpur, this temple is also known as a ‘Sidhpeeth’. One of the oldest temples in the city, the Chandrika Devi Temple is also a fine example of architecture. Located in Dev Nagar, which is known for its leather products and rice manufacturing, this temple is known to celebrate Ganesh Mahaotsav with great aplomb and fanfare. This temple also houses idols of Lord Shiva amongst others which are also deeply revered by devotees. 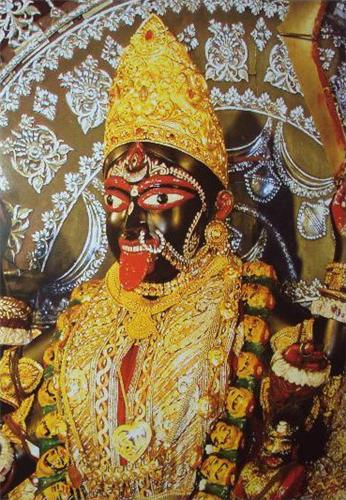 The Kali Maa Temple is located in Bengali Mohal in the Shivala locality in the city of Kanpur. This temple is said to be over 500 years old and the site of the Goddess Kali’s visit to earth who came here in her full form to grant the wishes of her devotees. Kaali Maa temple was discovered by a Bengali family who reached this site on foot all the way from the state of Kolkata after seeing the Goddess in their dreams on the banks of the holy River Ganga. Since the discovery, every generation of that family have devoted their life to the service of this temple including the present owner and care taker.

This temple is known for a ritual that involves locking ones wish, placing an actual lock at the temple, to get them fulfilled. Lamb sacrifices on every new moon day as well as animal sacrifices during the festival of Navratri are performed in order to please the deity. Every year, during Diwali, a major pooja known as the Mahakali Pooja is also organised at the temple. Due to the strong Bengali influence, every ritual conducted in this temple is performed the Bengali way. This temple has a strong following of ardent devotees that keep coming back as many of them have had their wishes fulfilled by keeping faith and love towards the mighty Goddess.

Other Temples in Kanpur

Many more temples exist in Kanpur city some of which are extremely famous while others are more inconspicuous. One such temple is the Sai Baba Temple. It is a beautiful temple dedicated to the worship of Sai Nath and is located on the Bithoor Road which is a little away from the main city of Kanpur and hence offers a very serene environment. In the town of Shivrajpur is an old temple by the name of Khereshwar which was built Raja Sati Prasad to commemorate his Queen. It is known for its beautiful carvings and designs and is located just by the banks of the holy river Ganga. Other famous temples in Kanpur include the Kherapati Temple which is located on Mall Road and thronged to during Mahashivratri as well as the Vankhandeshwar Temple which is managed by the Chinmaya mission and is located on P Road. The Siddhnath Temple is also a temple which sees huge celebrations all year round. Located in the Jajmau area of Kanpur, this temple is known for its fairs and a lavish Shiv Barat which is taken out every year on the day Lord Shiva married his beloved, the Goddess Parvati. The Pawan Dham Dev Lok Temple sees fairs and processions as well as the distribution of sweets and bhang which is given out freely.