Tennis is a challenging game. You need to manoeuvre your each move with perfection in order to emerge a winner. Kanpur being a big city of Uttar Pradesh has a comprehensive infrastructure for the game. Tennis enthusiasts both professional and amateur can think of making a career in tennis in Kanpur. This has been possible due to presence of various tennis clubs in the city. A major credit for the same can be given to Kanpur District Tennis Association which is a professional body managed by players. 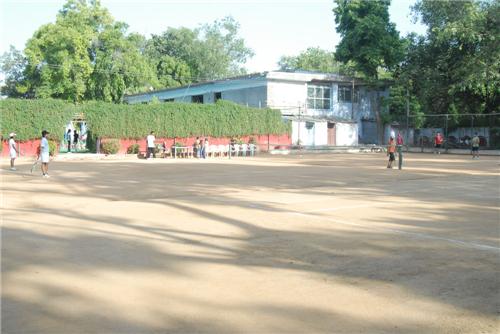 The association acts a guiding platform for the budding players and has ample coaching facilities for those who wish to develop a career in the game.

Besides Kanpur District Tennis Association, Kanpur also has some premium clubs which offer tennis enthusiasts and professionals facilities for learning tennis from trained and professional coaches. As the club has well maintained clay surface courts, those wanting to learn the basics of the game can try their hand at the same at the club.

The club has two clay surface courts and a trained coach Shanawaz Khan is available to offer tips and basic guidance to those interested in learning the game. The tennis courts at the Cawnpore Club open from 6:00 am to 10:00 am in the morning hours. Given the fact that the tennis courts at Cawnpore Club have floodlighting facilities, practise can be done during evening hours from 4:00pm to 11:00 pm. The facilities are available only to club members though and if you wish to learn the basics of tennis at Cawnpore Club, you will have to seek membership at the Cawnpore Club.

IIT Kanpur also has its own tennis club. The selected members of the club can avail the facilities. Coaching facilities are also available at the club as the IIT Kanpur Tennis Club has trained coaches who offer training to those who have interest in the game. Various district and state level tournaments are also organized by the club which provides an opportunity to the tennis lovers of the region to interact together on a common platform.