Like most developed towns and cities in India, the areas, towns and localities around Kanpur have also been detrimental to help boost Kanpur’s economy and development in some way or the other. Each salient feature or characteristic of every area has been responsible for the growth of Kanpur and Uttar Pradesh. Some of the more important towns and cities have been listed below along with some important information associated with them. 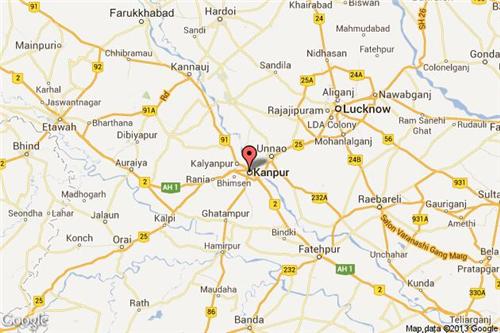 Rooma is a suburb located on the eastern side of the city of Kanpur. This area is still developing, of course, with the help of the impetus of the development of Kanpur, a number of industries have also sprung up in Rooma. Comprising of a total area of about 7.2 square kilo meters, Rooma is located about 1.5 kilometers away from Kanpur Airport and also has its own railway station. Rooma is also located about 85 km away from Lucknow and 200 km away from Allahabad which makes it not very difficult to get to. Rooma is also an educational hub with a number of colleges, especially engineering colleges, located here. Industries and showrooms located in Rooma including companies like Tata and Toyota and Mahindra making it a hub for the automobile industry. Banks like Central Bank and The State Bank of India also have showrooms here. This town also boasts of a spiritual side with the large number of temples, the most famous of which are the Behram Dev Temple and the Balaji Mandir, as well as a mosque and a few meditation centres as well. With the recent developments in Rooma, there has also been a growth in the number of restaurants, theatres and other entertainment facilities here as well.

Kalyanpur is another suburb of Kanpur city on the eastern side located on the very famous Grand Trunk Road. Kalyanpur is made up of many areas, both large and small with their own distinctive features. The area of Kalyanpur is amongst the cleanest in the entire state of Uttar Pradesh. Buddha Park, which is the biggest garden in Kanpur, is also located here. Kalyanpur comprises of the areas of Indira Nagar, Bithoor Road, Shivli Road, Navsheel Dam and Mirzapur amongst many others.

Kalyanpur is also an educational hub with many colleges and universities located here. Kalyanpur is also historically important with the rebellion of 1857 having taken place here under Nana Sahib along with rebel company soldiers to achieve freedom for Kanpur city from the British Raj. Bithoor, which is considered a holy place where people go for pligrimages is also located just 15 km away. Roads and rails provide the required connection of Kalyanpur to Kanpur making it extremely easy to travel back and forth. Kalyanpur also has an industrial area located about 10 minutes away. A number of real estate projects and townships are also in the planning phase here making Kalyanpur an extremely sought after suburb of Kanpur.

Bhimsen is an important town located in the district of Kanpur. It is an extremely important railway junction to travel to Chitrakoot and Jhansi. It is surrounded by towns like Ramaipur and Bidhnu and is situated at an elevation of 124 metres above sea level. It is well-connected to Kanpur by road and has just started developing in lieu of the development in Kanpur. 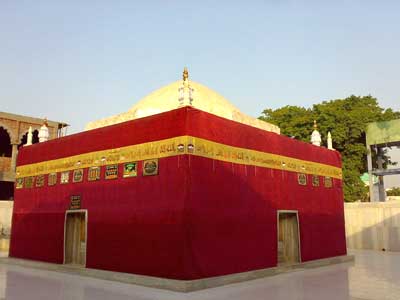 Makanpur is a religious town for Muslims since it is home to the dargah of Badiuddin Zinda Shah Madar and also serves as headquarters for the Sufi order, the Madariya. His tomb is an important tourist destination and people visit this place for either some peace and quiet or to offer prayers and thanks to God or simply even to admire the architecture carried out by the Mughal Emperors, Humayun and Akbar. His Urs or death anniversary is celebrated with prayer services and a gathering of the entire sect of his order in one place in the month of March. Makanpur is located very close to Araul and can be reached from Kanpur city easily by road and rail. This place was earlier known as Khairabad.

Bilhaur is another one of those towns located in Kanpur district situated very close to Araul on the banks of the River Isan. It is located about 50 km away from Kanpur city. It also serves as a municipal organisation in the district of Kanpur Nagar. The main occupations for the people living in this town are agriculture and animal farming. A place of worship called Madar Sharif is also located on the Isan River in this town. An interesting fact about Bilhaur is that the original name of this town is actually Bilva Hari but due to the different dialects prevalent in this area it came to be commonly called Bilhaur. This new name is widely recognised and officially accepted as well.

Araul is a town located on G. T Road on the banks of the River Ganges and is about 62 km away from the city of Kanpur. Araul is also close to towns and cities like Bilhaur, Kannauj and Gangwapur. The economy of Araul thrives on agriculture, especially potatoes. This place also has cold storages for perishable goods. It is also a minor place of pilgrimage with the Jungleshwar Baba Temple, which is an old Shiva Temple, located in this town. Also the dargah and urs celebrations of Madar Sahareef take place not far from here and hence tourism also in some way boosts the economy of this place. 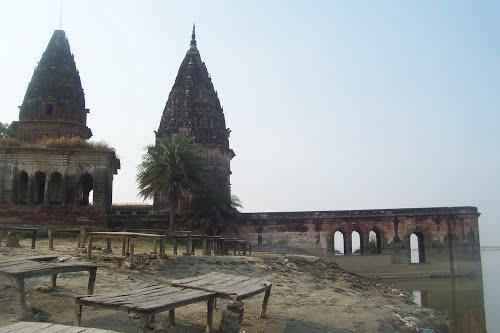 Perhaps the most known place in Shivrajpur is an old temple which was constructed in the memory of his Queen by Raja Sati Prasad. This temple, called the Khereshwar Temple, is situated on the banks of the holy Ganga and it is also said that it was built in a day and is supposed to be a beautiful example of carvings and architecture. Another temple located here is the Mahakal Temple and the design of this structure has been exactly replicated to look like the other famous Mahakal Temple in the city of Ujjain. 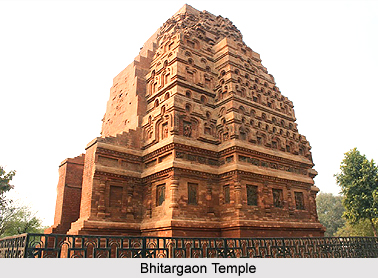 Bhitargaon is a pilgrimage spot most known for its ancient Hindu Temple which has been entirely constructed using bricks and terracotta. Built during the age of the Guptas in the 6th century, it is the oldest surviving terracotta temple in India. This is perhaps the most visited and well-known place in the otherwise quiet town of Bhitargaon.

Encompassing an area of a little over 5 square km, Chakeri is very accessible from Kanpur due to the presence of a UPSRTC bus stop, a railway station and the Kanpur Airport which is also located here. A new metro line is also being proposed here. This town has well-constructed roads and bus stands connecting Chakeri to different localities in and around Kanpur. Chakeri has a literacy rate of 95% which is something not too many towns and cities in India can boast of.

Explore more about Localities in Kanpur